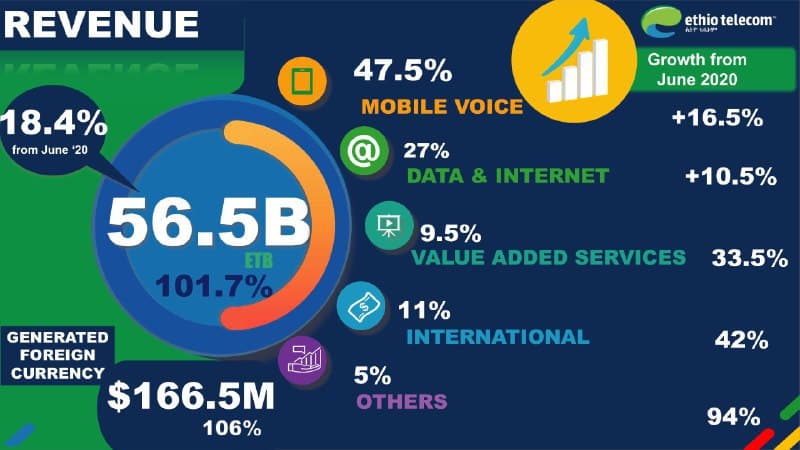 Ethiopia's so-far sole telecom services provider Ethio Telecom announced it has collected a revenue of $1.29 billion (56.5 billion birr), which shows an 18.4 percent rise compared to the previous year. The earning exceeds the target the company set for the period.

Frehiwot Tamiru, CEO of Ethio Telecom, while making the announcement, added that the company has also seen a 22 percent rise in the number of subscribers, which now stand at 56.2 million. She attributed the increase in revenue in spite of the year being a challenging one mainly to the expansion of 4G services outside of Addis Ababa.

In addition to this, Ms. Frehiwot pointed out that 6.58 million customers have subscribed to Ethio Telecom's mobile money service launched in May, dubbed Telebirr. The service enables Ethio Telecom customers to send, store and receive money using only their phone number.

Ethio Telecom has last month launched a tendering process, to sell a 40 percent stake of the company to private investors, reserving 5 percent for the general public in Ethiopia, and a controlling 55 percent to remain in the hands of the Ethiopian government.