The Ministry of Innovation and Technology (MinT) organized the first National Internet Governance Conference in Addis Ababa under the theme ‘Internet for Inclusive Development’. 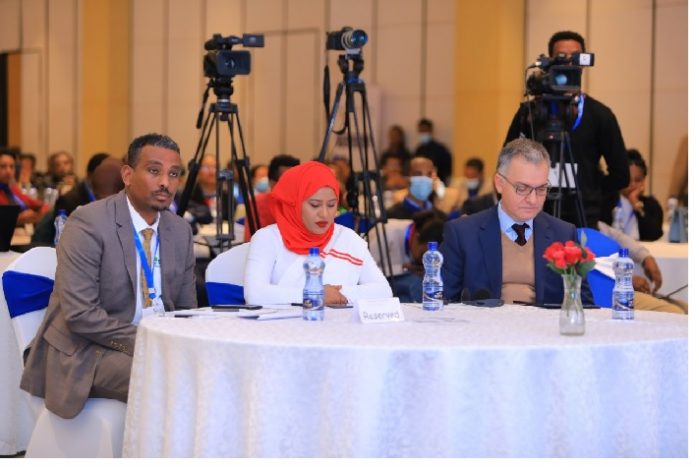 Speaking on the occasion, Huria Ali, State Minister of MinT, stated that major changes in politics, economy and social movements were being introduced by digital platforms which had positive roles on development. However, according to the State Minister, digital platforms and the internet could also have negative consequences such as cyber-attacks and misinformation. Accordingly, she revealed that MinT was preparing a draft proclamation on internet governance and cyber crimes to reverse threats on the country and provide safe services to the public.

Balcha Roba, Ethiopian Communication Authority Director General, on his part, said that digital platforms were essential to a vibrant global online space. However, he also stressed that the right to privacy was abused due to hate speech, misinformation, and other issues that were spread using the digital media. The Director stated his office was committed to contribute its part to ensure that internet governance was entrenched in all sectors of the country’s economy.

The conference saw the participation of officials, representatives of the private sector, civil society organizations, higher educational institutions, and other stakeholders. It is also expected to pave the way for the 17th International Internet Governance Forum which will be hosted by Ethiopia in December this year.