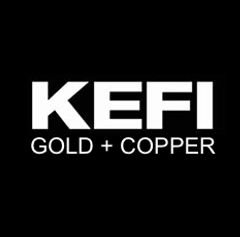 KEFI said that the funding package is intended for funding all infrastructure, the start-up of the open-pit mine, and the initial development of the underground mine.

The gold ore reserve at Tulu Kapi is estimated at a total of 15.4Mt at 2.1g/t gold, containing 1.1 Moz. KEFI has 70 percent of ownership of the Tulu Kapi project.

KEFI is focused primarily on the advanced Tulu Kapi gold project development project in Ethiopia, along with its pipeline of other projects within the highly prospective Arabian-Nubian Shield. KEFI targets that production at Tulu Kapi generates cash flows for capital repayments, further exploration and expansion as warranted and, when appropriate, dividends to shareholders. KEFI has 70% ownership in the project.

The Tulu Kapi gold project in western Ethiopia commenced after KEFI secured a mining license in Ethiopia in April 2015, and is expected to start production in mid-2023. In addition to Ethiopia, KEFI is engaged in a project in Saudi Arabia.