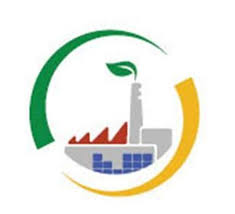 Ethiopia has collected $3.62 billion from export in the fiscal year ended on July 7, 2021, Ethiopia's Ministry of Trade and Industry announced. The ministry said the amount is a "historical high."

The figure shows an increment of 19.5 percent compared to the previous year. At the end of the same period last year, Ethiopia had secured $592 million from exports. The $3.62 billion collected stands at 88 percent of the targeted earning from exports the Ministry had projected.

The agriculture sector has contributed the lion's share of the earning, 68 percent, with coffee (25 percent), horticulture (13 percent), khat (11 percent), oilseeds (9 percent), and cereal crops (6 percent) being the commodities traded. The sector's contribution stood at 90 percent of the target set to be obtained from the sector.

The mining sector, which contributed 18 percent of the export earnings, registered the highest performance against what has been planned for it (102 percent), trading gold, tantalum, and various other mines.

The Ethiopian Ministry of Trade and Industry has attributed the increase in export earnings to policy improvements and various performance capabilities the government has built on.