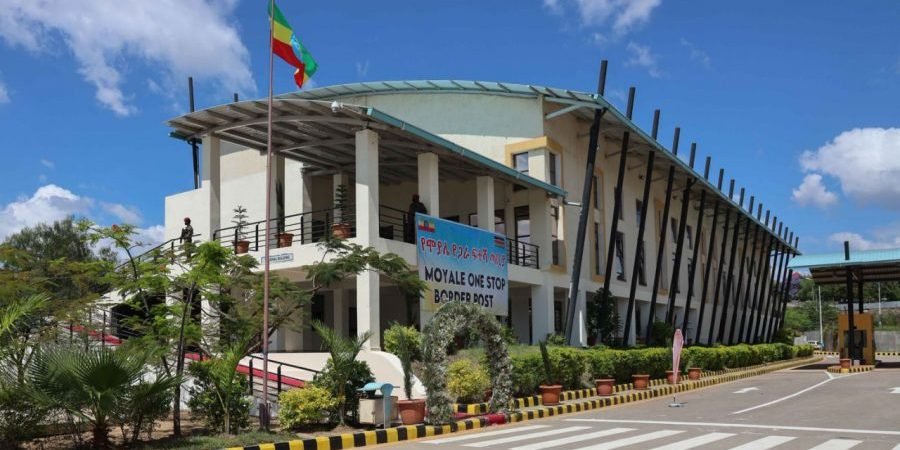 The Moyale Border One-Stop Border Post (OSBP) at the Ethiopia-Kenya border has gone operational, with the joint involvement of border regulatory officials from both countries.

Tasked with clearing traffic, cargo, and persons traveling between Ethiopia and Kenya, the border regulatory officials will physically relocate to both sides of the border post, it has been learned. The officials have also performed site visits and inspected the border facilities before beginning operations.
The opening of the OSBP is a follow-up of its official launch in December 2020 by Ethiopian Prime Minister Abiy Ahmed and Kenyan President Uhuru Kenyatta.

The opening of the One-Stop Border Post has been deemed an important step taken towards exponentially boosting bilateral trade between Ethiopia and Kenya, and enhancing regional economic integration in East African and the Horn.

The border town of Moyale, which rests both in Ethiopia and Kenya, is the only official crossing point between the two countries.

When fully functional, the OSBP is expected to enable faster movement of people and cargo, by reducing border crossing time by at least 30 percent. According to a 2017 baseline survey by TradeMark East Africa (TMEA), it takes an average of 21.13 hours and 12.5 hours for a cargo truck to travel from Kenya to Ethiopia, and Ethiopia to Kenya, respectively.