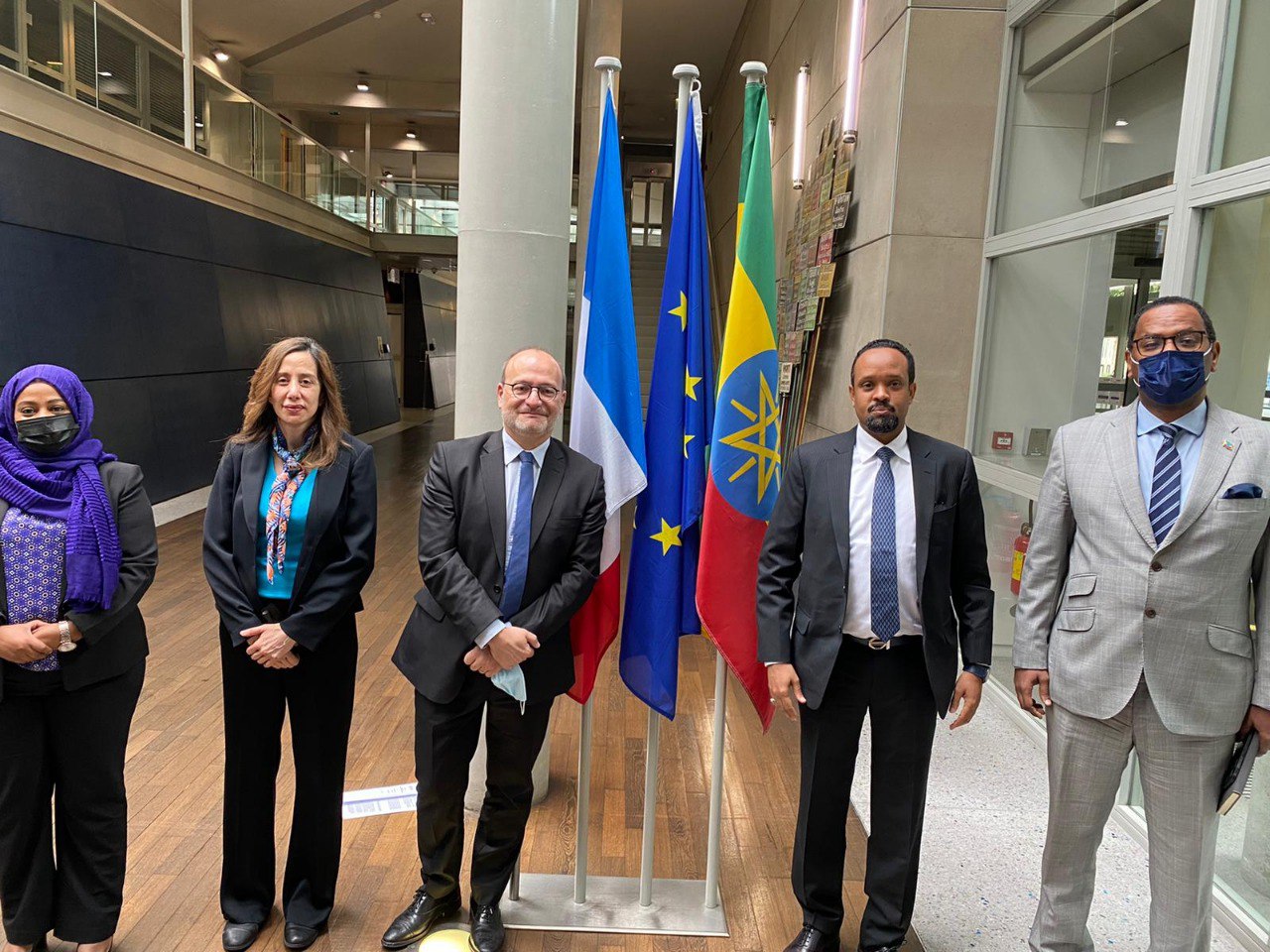 Ethiopia's delegation, comprised of President Sahle-Work Zewde and Finance Minister Ahmed Shide, has taken part in the Paris summit on the financing of African economies in response to the pandemic. The Ethiopian delegation has also met and discussed with various officials and groups regarding economic cooperation, development, and investment.

Ethiopia's Minister of Finance Ahmed Shide, held talks with Remy Rioux, CEO of Agence Française de Développement, on ways to further strengthen the economic cooperation between Ethiopia and France in Paris. During the meeting, the Minister emphasized the need to revitalize the Medium-Term Economic Cooperation Framework as part of the effort to increase the Official Development Assistance predictability and enhance development cooperation effectiveness between the two countries.

They also discussed projects financed and technically supported by AFD including the economic reform program support as well as the recent board-approved COVID-19 support to the MSMEs Business Sustainability and Jobs Protection Program and implementation of the National Digital ID Program. The Government of Ethiopia underlines the importance of these projects and the need to expedite the process to start project implementation as soon as possible.

The Ethiopian delegation led by Mr. Ahmed has also met and discussed with Emmanuel Moulin, Director-General of France’s Treasury on means of strengthening economic ties between the two countries. Mr. Moulin, who is also chair of the Paris Club Secretariat, briefed Mr. Ahmed on the status of the Common Framework for Debt Treatment beyond DSSI, which is designed to address fiscal constraints faced by many countries as a result of the COVID-19 pandemic. In turn, Mr. Ahmed explained the importance of having timely and sustainable financing support for African economies to ensure the protection of socio-economic gains made in the past decade.

Both the Minister and the Director-General agreed to strengthen the collaboration between the two counties in several areas and in particular the need for creative financing solutions to continue the development aspirations of African countries.

Mr. Ahmed has also met with members of the French Parliament Jacques Maire and Valerie Thomas to discuss the bilateral cooperation between the two countries. The Minister briefed the deputies on the economic reform agenda currently underway in Ethiopia and the need for further cooperation to advance the growth aspirations of millions in the continent.

Mr. Ahmed Shide, Minister of Finance, and Yasmin Wohabrebbi, State Minister of Finance has also met with MEDEF International, the biggest employers’ association in France regrouping other major French companies some of which have investments in Ethiopia and are exploring ways to expand their investments in the country. Representatives of over 25 French companies such as BPI France, Eutelsat, Lazard, Orange SA, and Total Marketing Services attended the meeting.

Both the Minister and the Director-General agreed to strengthen the collaboration between the two counties in several areas and in particular the need for creative financing solutions to continue the development aspirations of African countries.