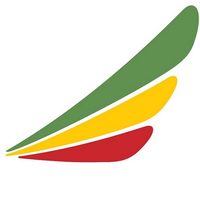 Ethiopian Airlines, Africa’s largest carrier, announced it will start cargo service to Mauritius from October 2, 2020, onwards. Mauritius’ imports have seen an eight percent rise in 2018, up to $5.6 billion. Located in the Indian Ocean with tourism as its main source of revenue, the island nation imports mineral fuels, oils and distillation products.

Other major import items of Mauritius are machineries such as vehicles, nuclear reactors, boilers, electrical and electronic equipment, as well as fish including crustaceans, molluscs and aquatic invertebrates. Its import items, which outweigh its exports, include apparel, meat, fish, seafood, and sugar - cane or beet.

Having the largest cargo and passenger network in Africa, Ethiopian serves 127 other international destinations across five continents, equipped with some of the lastest fleet the aircraft industry has to offer.