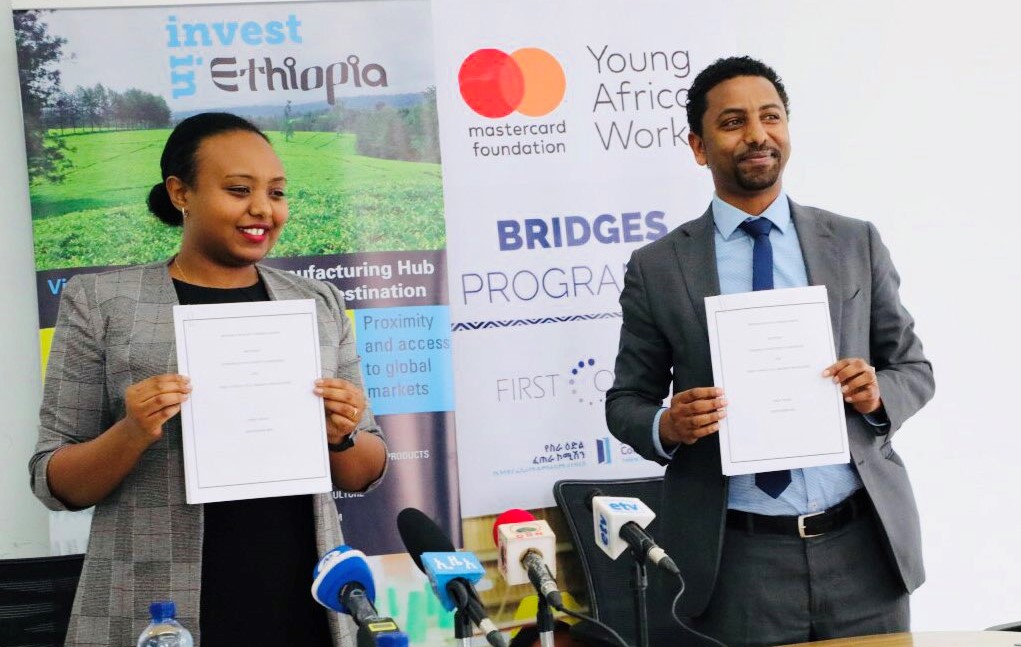 The Ethiopian Investment Commission (EIC) signed a memorandum of understanding (MoU) with First Consult for BRIDGES Program to implement the digitization of labor supply and matching database across seven industrial parks. The program, EIC Commissioner Lelise Neme said in a tweet, is funded by Mastercard Foundation.

Ms. Lelise also indicated 300,000 unemployed young people will gain support in the form of equipping them with soft skills and awareness of the industry through industrial park job creation initiatives and market linkage between industrial parks and MSMEs.

The Commissioner further expressed hope that the digital labor database will unlock the potential for job creation within industrial parks, and also help create a conducive ecosystem in their vicinity. Consequently, the partnership is expected to lead to a series of job creation and employment interventions across several industrial parks throughout Ethiopia.