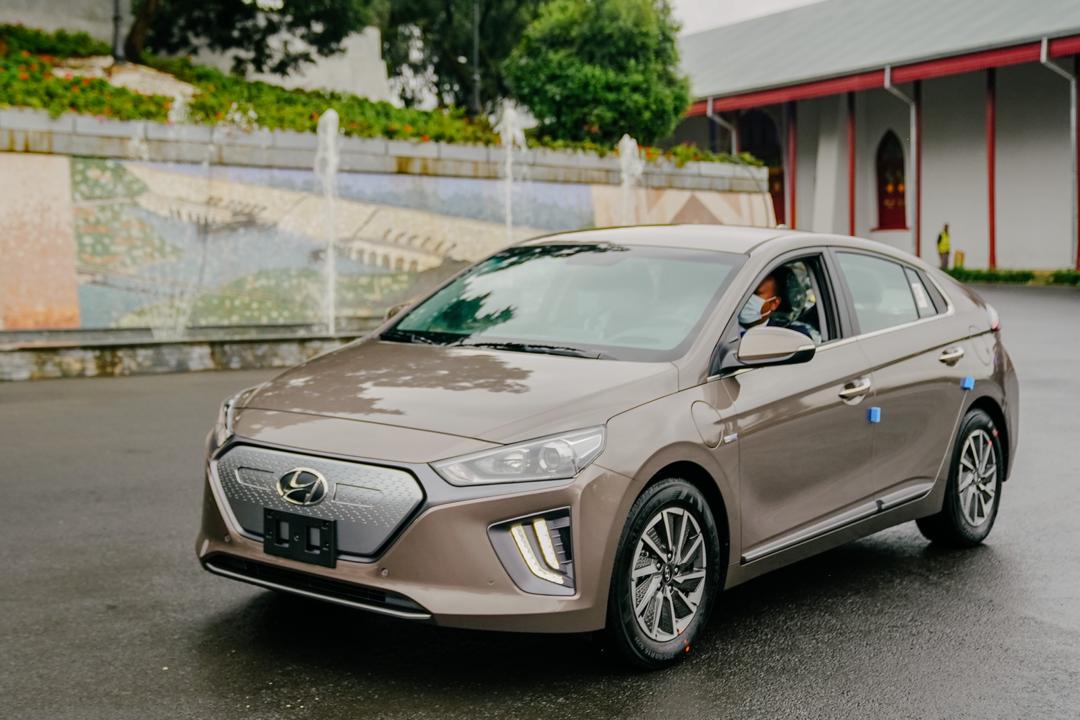 Ethiopia showcased its first locally-assembled electric car by Hyundai, Marathon Motors. Once fully charged, the electric car can go for up to 300 kilometres.

Haile Gebreselassie, the renowned athlete who is the owner of Marathon Motors, handed the first electric car in line to Ethiopia’s Prime Minister Abiy Ahmed.

"As we transform Ethiopia's greening & climate resilient aspirations into concrete actions through the Green Legacy initiative and Sheger and Entoto Parks, this morning I received the first electric car fully assembled in Ethiopia. No emission cars can help reduce pollution," PM Abiy, who has championed a green movement, said in a tweet.

Marathon Motors has announced that it has a capacity of producing up to 10,000 electric cars a year.