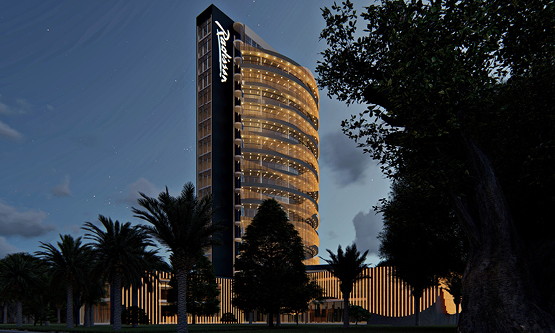 Radisson Hotel Group announced it will open its first own-branded hotel in Ethiopia, in the city of Bahir Dar, in mid-2021.

The 125-room Radisson Hotel Bahir Dar will be located by Lake Tana, Ethiopia’s biggest lake. The hotel will target tourists visiting the Amhara region of Ethiopia, and sights such as Blue Nile Falls, the city of Gonder and the Simien Mountains. The hotel will also provide MICE facilities, with a 1,140 sqm event space, six meeting rooms and a divisible ballroom. Rooms will range from Standard to King up to Presidential Suites.

Radisson Hotel Bahir Dar will have an all-day dining area, an Italian restaurant, three bars (one of which will overlook the lake) and a club in the basement. Guests will have access to a gym, spa, pool and boat jetty.

While this will be Radisson Hotel Group’s fourth Ethiopian property, it is the first Radisson-branded one. The group has almost 100 hotels in operation and under development in Africa.

Last month it opened an extended-stay Radisson Blu in the Kenyan capital Nairobi.

“Africa remains the most exciting continent for growth and evolution. According to [the World Travel and Tourism Council], Ethiopia experienced the ‘highest tourism growth in the world’ in recent years, with over 45 percent increase, " Elie Younes, Radisson's chief development officer, commented.

“Such growth justifies more hotel developments in the country and we are pleased to introduce our fourth hotel in the market,” he added.

Tilksew Gedamu Ayele, CEO of Piccolo Abay International, who will own Radisson Bahir Dar, said, “We are proud to be partnering with Radisson Hotel Group to open Bahir Dar’s first hotel with a top international brand in the city. The hotel will be crafted for relaxation and rest, given its great accessibility and prime location on the shores of Lake Tana."

“Together we are capitalizing on the Northern Historic Route of Ethiopia to offer guests a memorable place to sleep and eat good food, along the famous trail which includes the Blue Nile Falls, Lake Tana Lalibela, the breathtaking Simien Mountains and Aksum. We look forward to a long relationship with Radisson Hotel Group and to developing more projects and together to lift up the city of Bahir Dar and the Amhara region, ” Tilksew explained.

Flight connections from the capital Addis Ababa can be made to Bahir Dar Airport.