The fourth Ethio-Chamber Trade Fair opened in Addis Ababa under the theme of ‘Buy Ethiopia.’ The fair is expected to 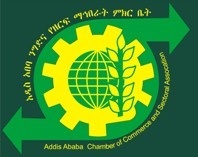 The fair is an opportunity for knowledge transfer resulting in increased business confidence in participants he said opening the fair.

It is anticipated that the fair will encourage local manufactures to commit their attention to enhancing the quality of their goods and services added Mekonnen. It is hoped that such efforts will contribute to realizing import substitution he noted.

The Ethio-Chamber Trade Fair aims at promoting Ethiopian goods and services, discovering foreign markets for export and increasing abilities for import substitution according to Eyesuswork Zafu President of the Ethiopian Chamber of Commerce and Sectoral Associations.

The fair could also support technology transfer and forge market networks he noted.

An estimated 242 organizations are taking part in the fair, 45 of which are international companies from seven different countries.

It is to be remembered that thirty two of the forty five International companies participating in the trade fair are Egyptian according to Gashaw Debebe, Secretary General of ECCSA.

The significant representation of Egyptian companies suggests that the Business Council of Egypt was effective in promoting the opportunities available in Ethiopia to the Egyptian business community he noted.

Cooperatives, micro and small enterprises, women entrepreneurs and people with disabilities involved in business are all represented at the present.