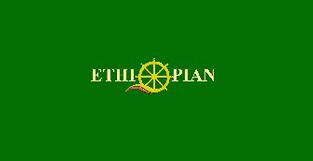 National Bank of Ethiopia (NBE) gave order to private banks in Ethiopia to pay the 15 million USD bill the Ethiopian Shipping Logistics Services Enterprise (ESLSE) to Djibouti’s company. The banks are, according to Fortune, given 3 days to sell the foreign currency to the Enterprise.

The order is said to have come when the entire country is in short of foreign exchange. The shortage came following the drop in the country’s export performance and remittance earnings.

ESLSE owes the money to the port of Djibouti and the central bank gave the order for every bank including the government owned Commercial Bank of Ethiopia (CBE).

According to a directive by the NBE all banks must sell foreign currency to a sector whose importance is very high. The directive further stipulates all banks are equired to give priority to payments authorised by the central bank such as foreign loan, supplier’s credits, interest, profit, dividend and excess sales of foreign airlines.

The foreign exchange shortage problem has been one that haunts Ethiopia for so long. 9 months back Hailemariam Dessalegn, Prime Minister of Ethiopia, noted the forex crunch would last for the coming two decades.