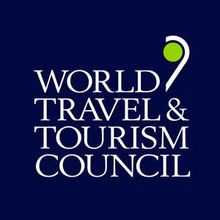 In its 2019 annual report, the World Travel and Tourism Council (WTTC) lauded Ethiopia’s drastic growth in the tourism sector. Ethiopia’s tourism sector grew by a staggering 48.6 percent in 2018, to be worth $7.4 billion. This makes up 9.4 percent of the economy and has created 2.2 million jobs. Over eight percent of Ethiopia’s total workforce now works in tourism.

Highlighting that the international Travel and Tourism spending made up “a massive 61 percent of exports in the country,” WTTC said “this stunning growth can be attributed, in part, to Ethiopia’s improved connectivity as a regional transport hub and to recent visa relaxation policies.”

Commenting on the global trend, the report says one in five of all new jobs created on the globe were created by travel and tourism over the past five years, showing the growing importance of the sector to the global economy.

WTTC’s report has further states that travel and tourism’s growth in 2019 is expected “to remain resilient” despite a slowing global economy.

“Our forecasts point to a 3.6 percent expansion for travel and tourism, faster than an expected global economy growth of 2.9 percent in 2019,” the report says.

Travel and tourism GDP grew by 5.6 percent in 2018, significantly above the African economic growth rate of 3.2 percent. The growth is partly explained by North Africa’s rebound from security crises as well as the development and implementation of policies that stimulate travel promotion.