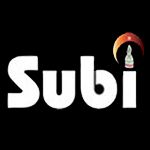 Our aim is to promote culture, language, tourism, health and development, Subi is committed to corporate social responsibilities alongside business activities in Ethiopia.

Initially, Subi was formed as a promotion organization because very little has been done in the sector specially attention was not given to the culture of the various nations and nationalities of Ethiopia.
Then Subi brought the idea of incorporating the cultural diversity of the country in to the already existing effort of creating Ethiopian value through promotion of the various traditions of the country.

In light of this fact, beside producing feature films, making documentary films, organizing awards and events, our organization has established a printing press to augment its promotional business and to excel in the industry.

Also our organization Subi has formed its third wing of general trade in which the import, export and distribution of goods and services is carried out.

Subi health promotion and consultancy is also the fourth wing of our corporate service which aimed at enabling people to take action.