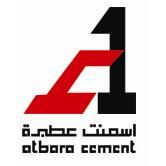 Atbara Cement Co. (Sudan) is a cement manufacturer in Sudan wishing to supply cement to Ethiopia.

Atbara cement company is the oldest cement company in Sudan, the factory was established in 1947 as a private sector under the name of "Portland Cement Atbara" a partenership company with a major capital share as foreign investment.

In 1970 the factory was nationlized and called "Maspiu cement establishment" and annexed to industarial public sector establishments. Then a presidential decree was issued in 1983 to transform Maspiu Cement to private company Maspiu for Cement Company to work under the1925 Companies Ordinance.

In 1985 a decision was made to change the name of the company to Atbara Cement Company Ltd. The company was sold to the "Sudanese African Company for Development and Investment" by the end of 2002, since then the company is under the ownership of Sheikh Sulieman Alrajhi who has done many developments in the factory like emissions control, and increase in the productivity by building a new cement plant with a production capacity of (5700) ton/day and it is considered to be the biggest in Sudan and Africa for producing cement.

Achievements of the company