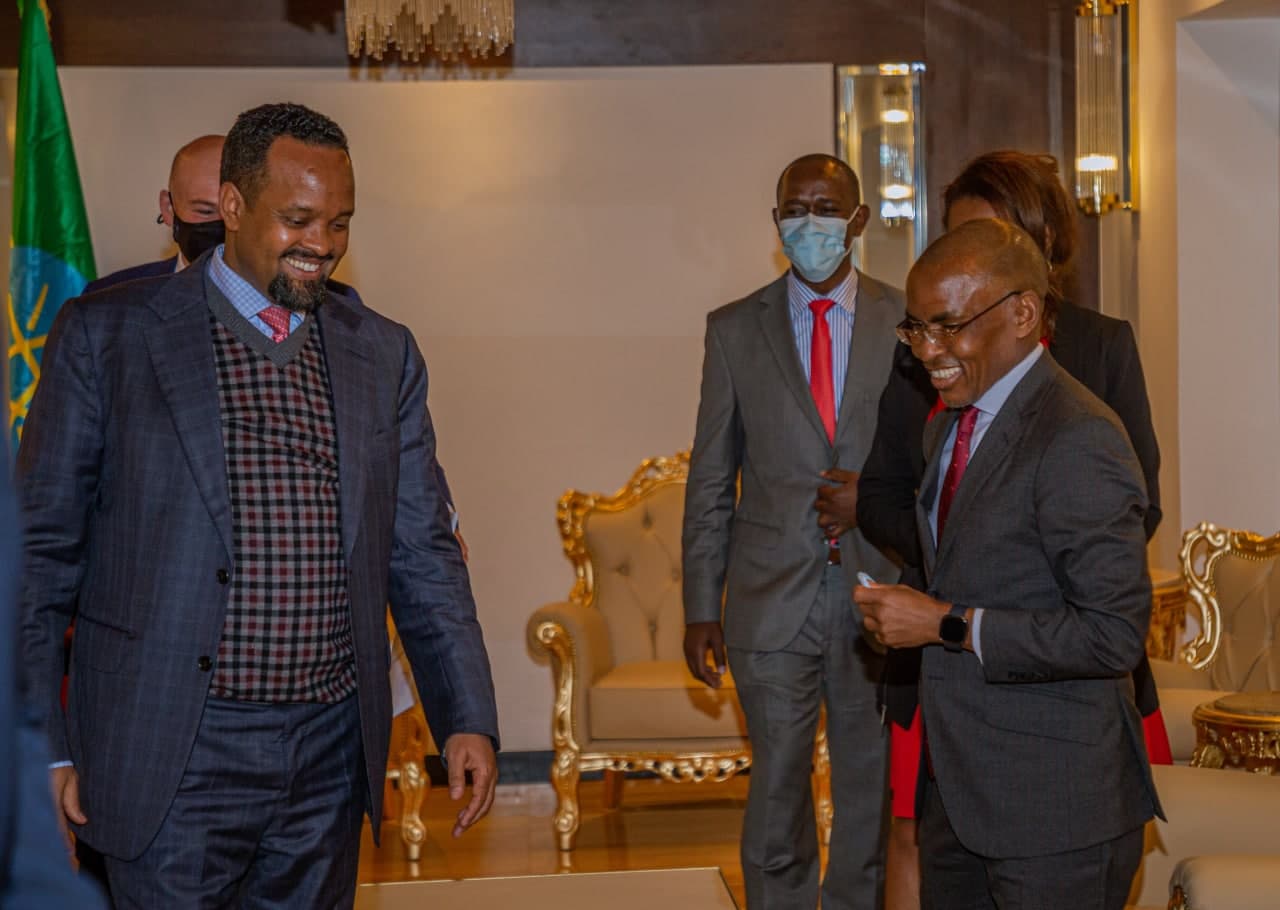 Peter Ndegwa, CEO of Safaricom, said the Global Partnership for Ethiopia, a consortium of telecom service providers led by Safaricom, will begin operations in Ethiopia in 2022. Mr. Ndegwa made the remark during his meeting with Ahmed Shide, Ethiopia's Minister of Finance, according to the Ministry.

During the discussion with Ethiopia's Minister of Finance, the delegation from Safaricom have presented updates regarding their preparations for Ethiopia entry. The CEO, on the occassion, has reaffirmed his company's commitment to launch commercial operations and begin rolling out services in 2022, as per the agreement.

Ahmed Shide, Ethiopia's Minister of Finance, for his part, said the Ethiopian government remains committed to help the Safaricom-led consortium in achieving improvements in telecom service quality, coverage, as well as innovation.

The Safaricom-led consortium comprised of Safaricom (Kenya), Vodafone Group (UK), Vodacom Group (South Africa), CDC Group (UK), and Sumitomo Corporation (Japan) is expected to invest over $8 billion in the course of a decade, as well as create thousands of jobs, both directly and indirectly. The group's entry into Ethiopia's telecom industry brings closure to a monopoly of the sector by the state-owned Ethio Telecom.